Welcome to the best place to take music classes in Southwest Florida!

Register for classes
About Us

Our purpose is simple. First, we want to be a place where God-given talent is fostered and every student and their family are touched by God’s love through us. Secondly, we desire to be a dynamic center for quality instruction in a safe, Christian environment with highly, qualified and caring instructors. 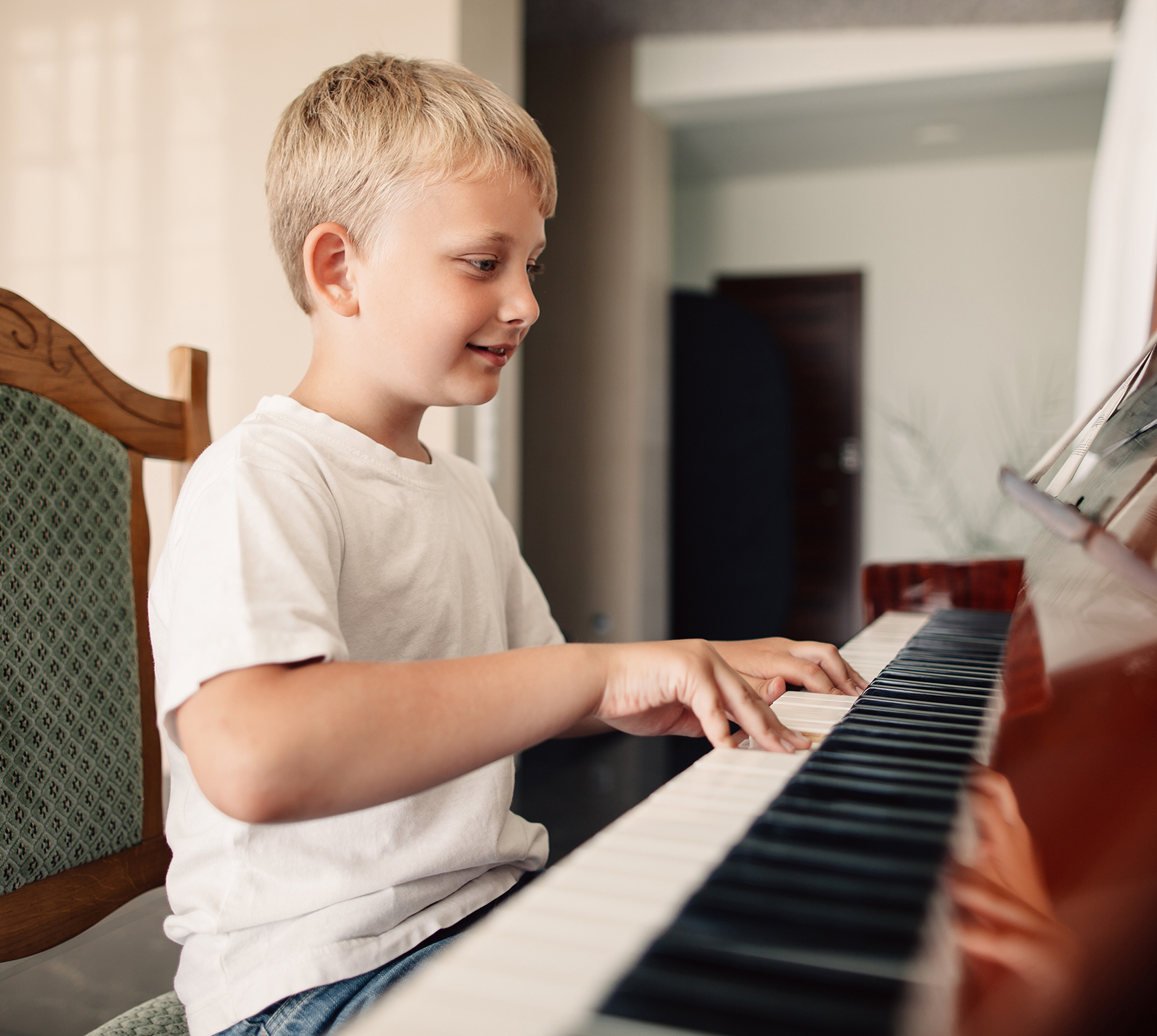 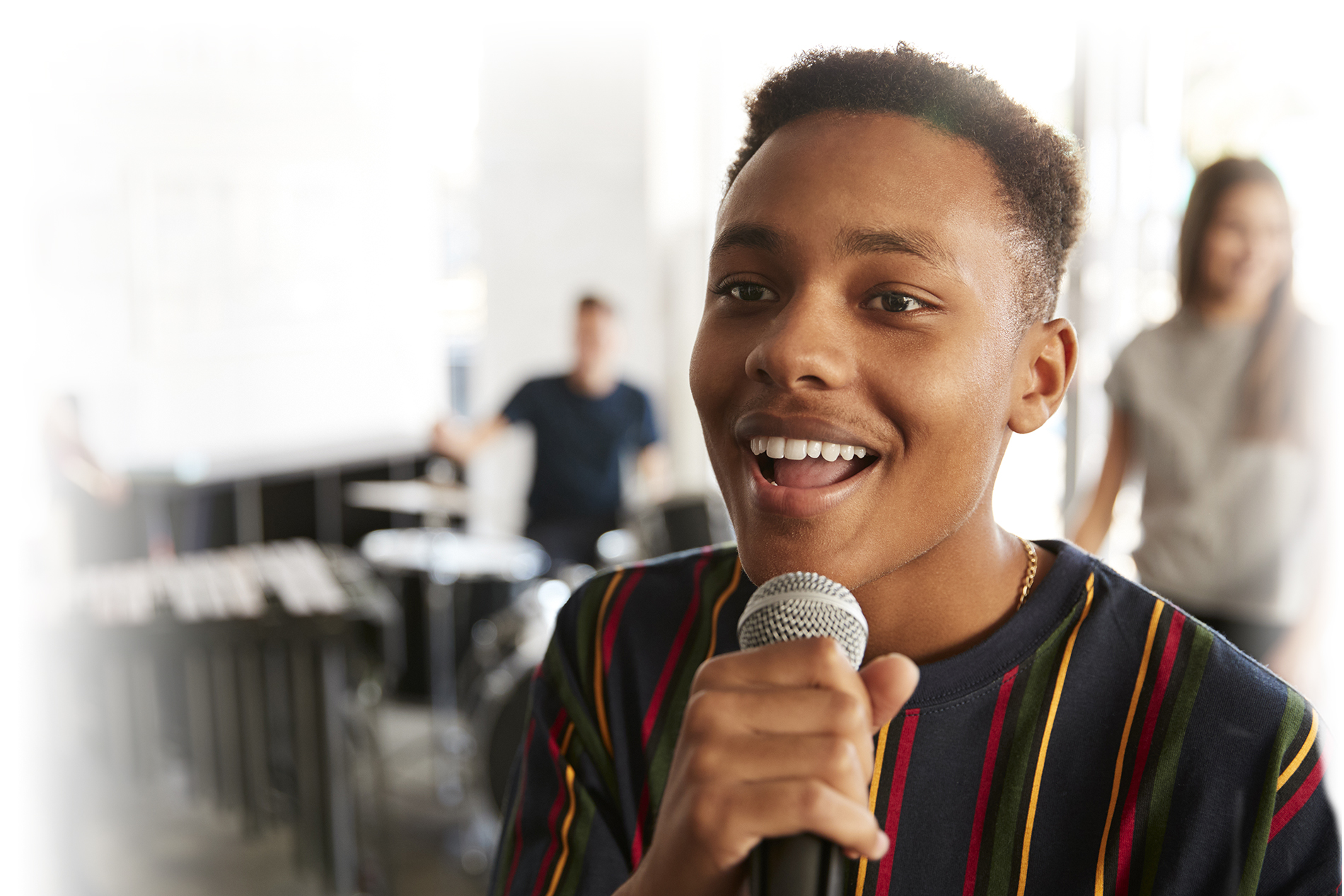 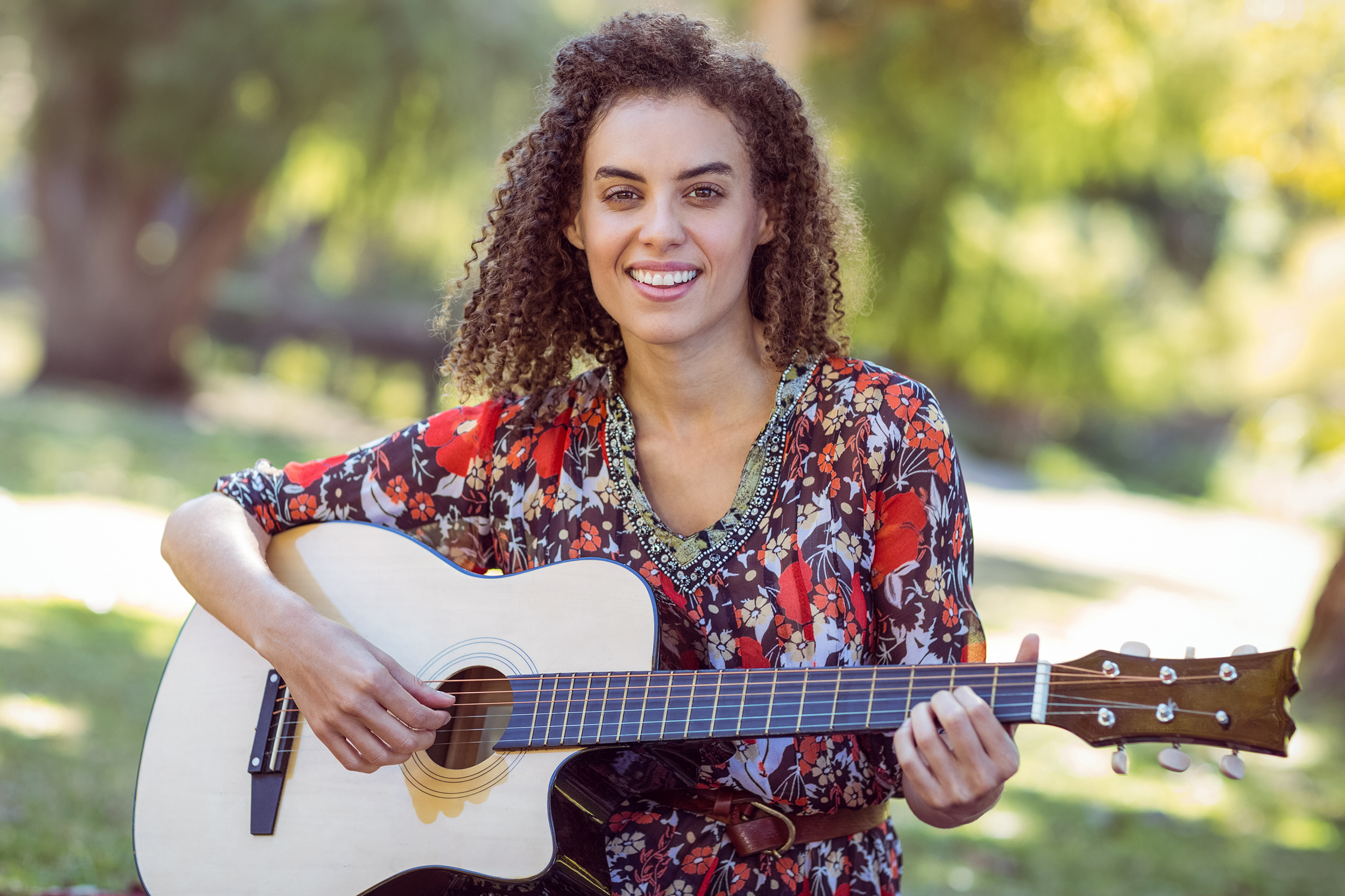 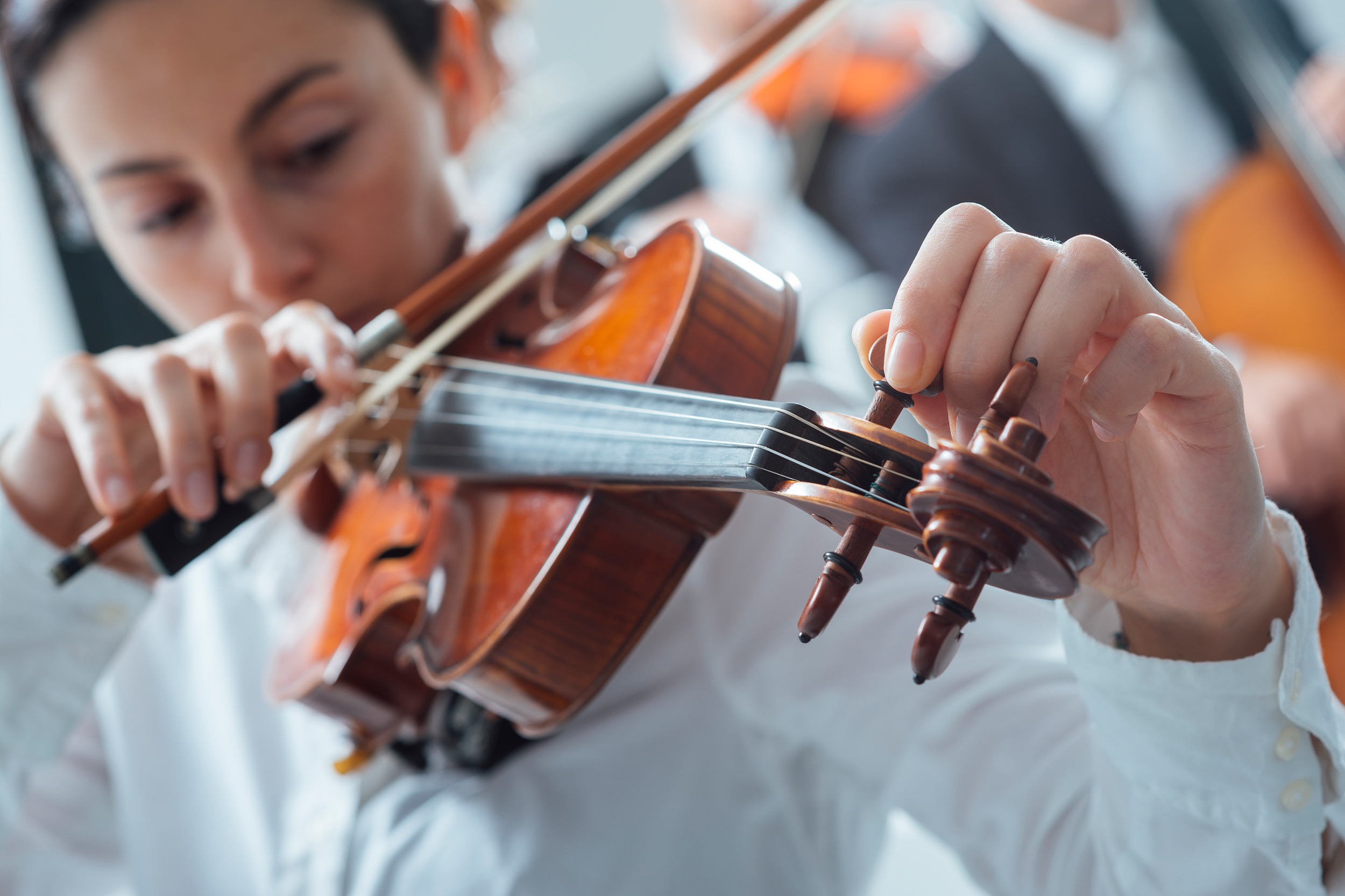 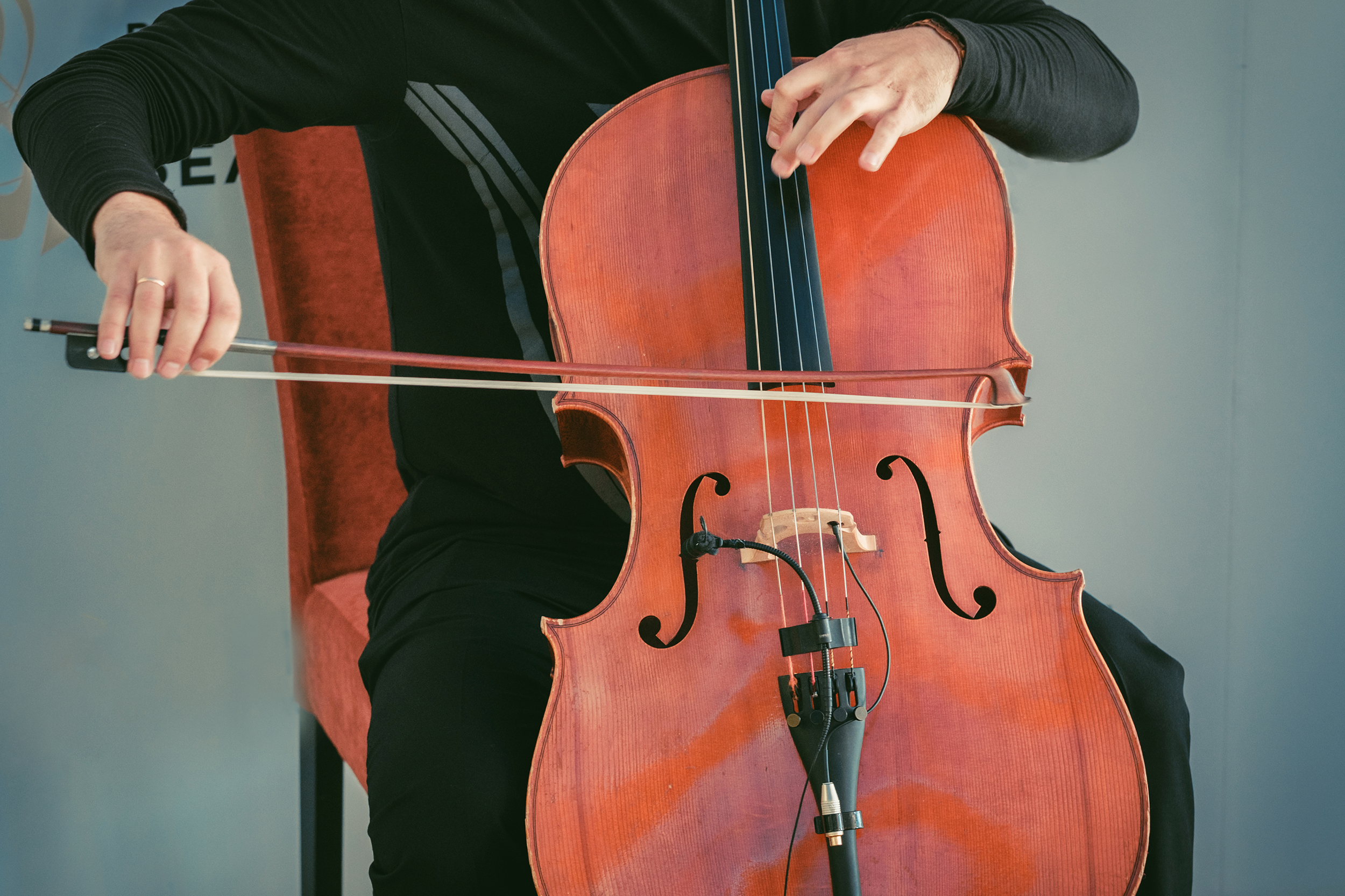 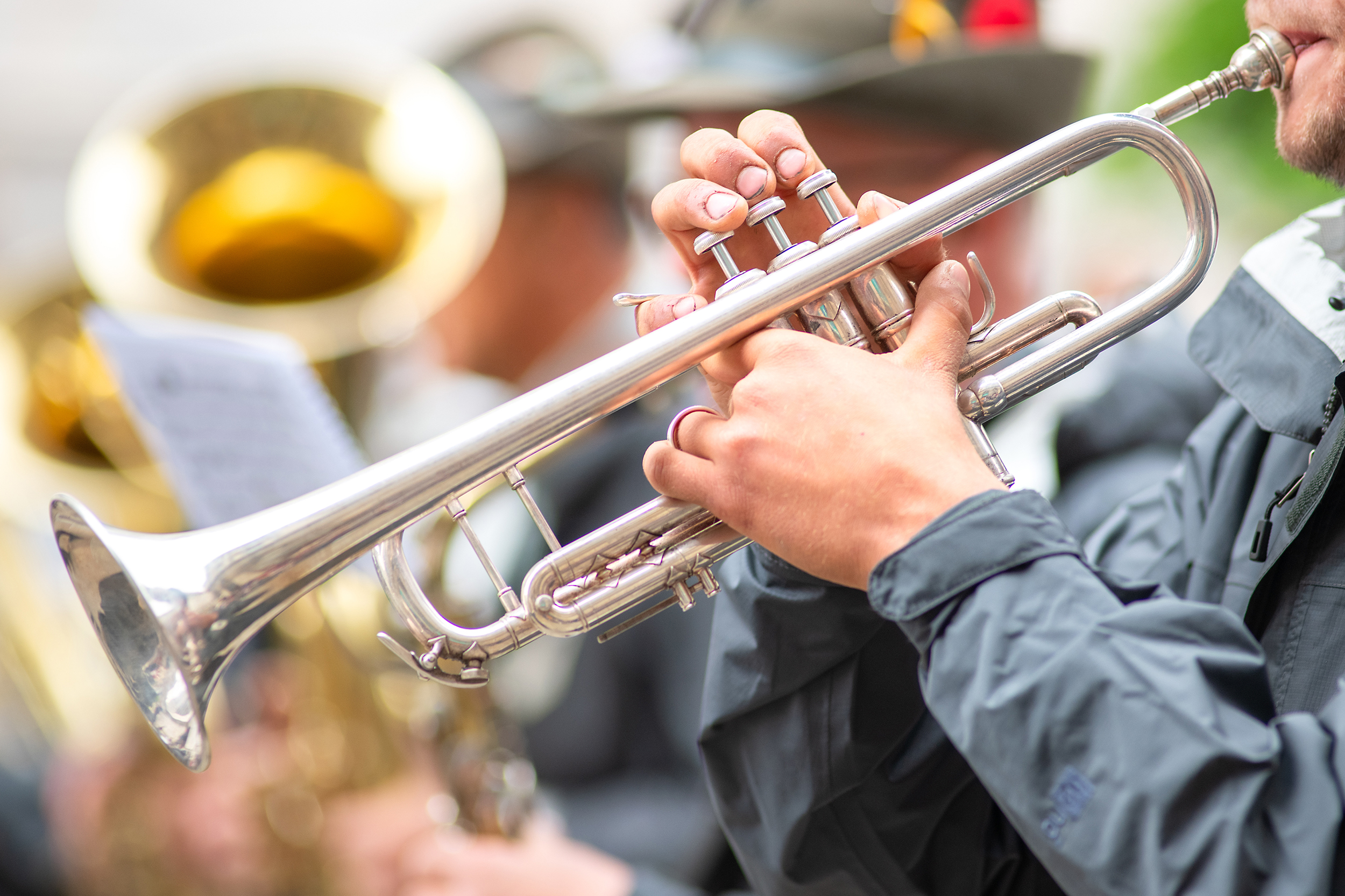 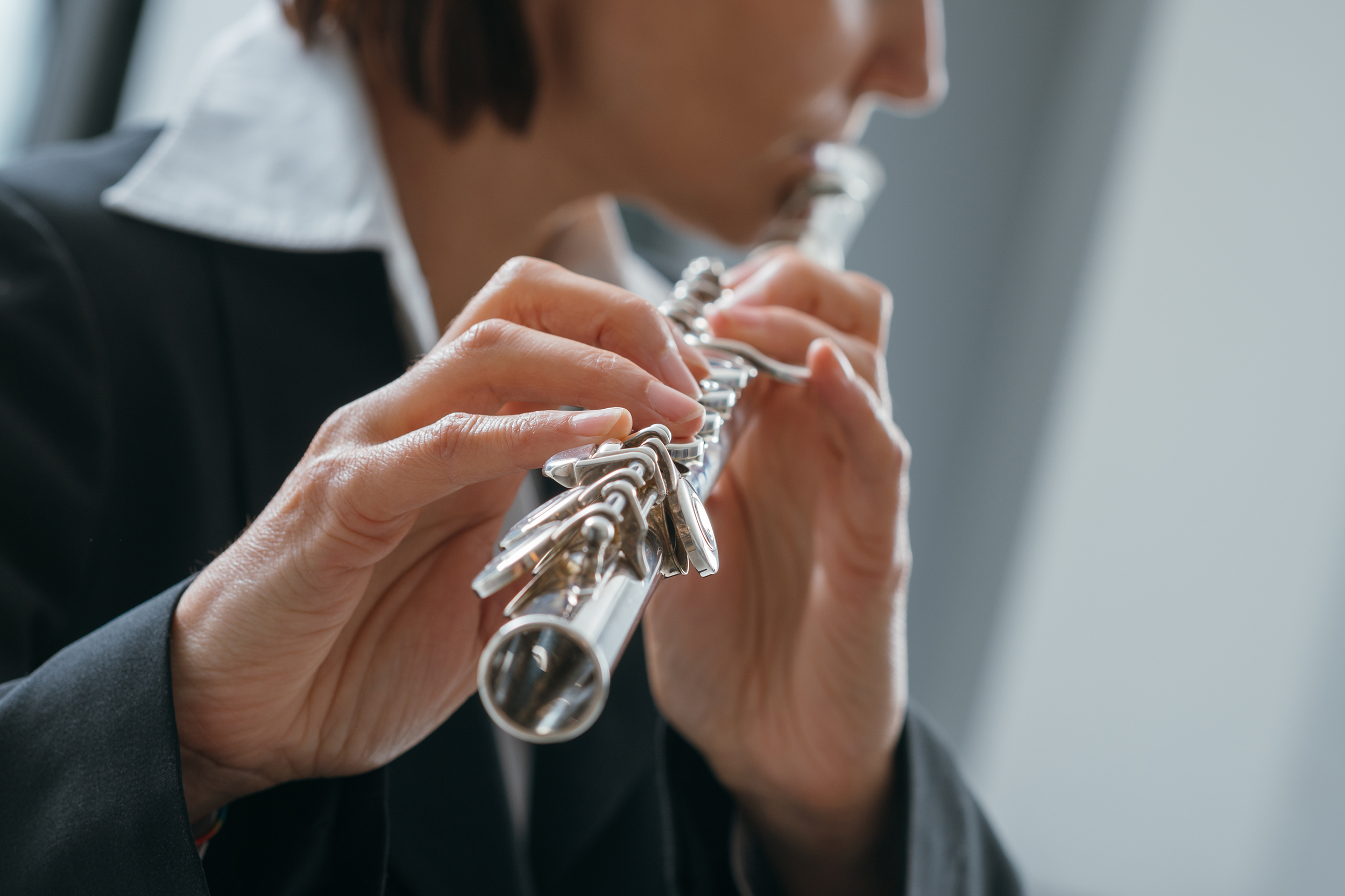 We offer private lessons in music—voice, piano, guitar,drums, bass, strings, brass, and woodwinds. Our classes are available to the Southwest Florida community, kindergarten-age through adult.

Parents are welcome in any lesson, but we also have a comfortable waiting area for families with rehearsal keyboards, toys/books, cable television, and free Wi-Fi.

Private lessons designed to meet your learning style and level!

Register for classes
View Our Instructors

We bring together qualified instructors and aspiring students in our community.

The academy provides the most competitive pricing in this area, without sacrificing quality.

Our skilled instructors train and develop leaders in all areas of the arts.

Love for the Arts

Our instructors help each student reach his or her God-given potential by instilling a love for the arts.

The Creative Arts Academy provides a safe, Christian environment for both students and instructors. 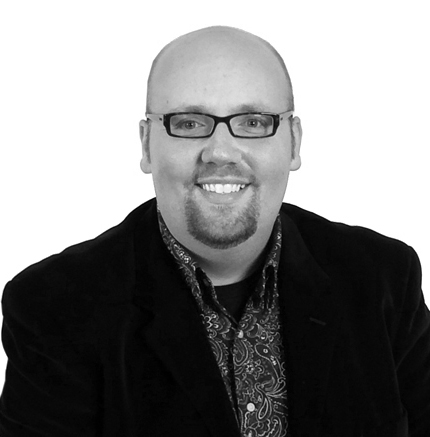 Pastor Jonathan Sawyer is originally from North Carolina. He began leading worship at a young age and has been a church musician for over twenty years. Before joining the First Assembly staff in November 2013, Pastor Sawyer had previously served churches in Fort Mill, South Carolina, and Mobile, Alabama.

Pastor Jonathan graduated from Lee University with a Bachelor of Arts degree. While in college, he traveled in the United States and abroad with The Voices of Lee, an a capella ensemble most recently featured on ABC’s “The Sing-Off” and as part of the 2013 Presidential Inauguration.

Pastor Sawyer is a skilled musician and an even more passionate worshiper. He oversees all areas of music ministry at First Assembly, including weekly worship services at the Central Campus, special events, and The Southwest Florida Creative Arts Academy. One of his greatest joys is to see people of all ages engage in worship together.

Pastor Jonathan is married to Christy who is the Dean of the Creative Arts Academy and his Administrative Assistant, and is thrilled to be a part of the First Assembly of God family. He and Christy believe whole-heartedly that “the best is yet to come!” 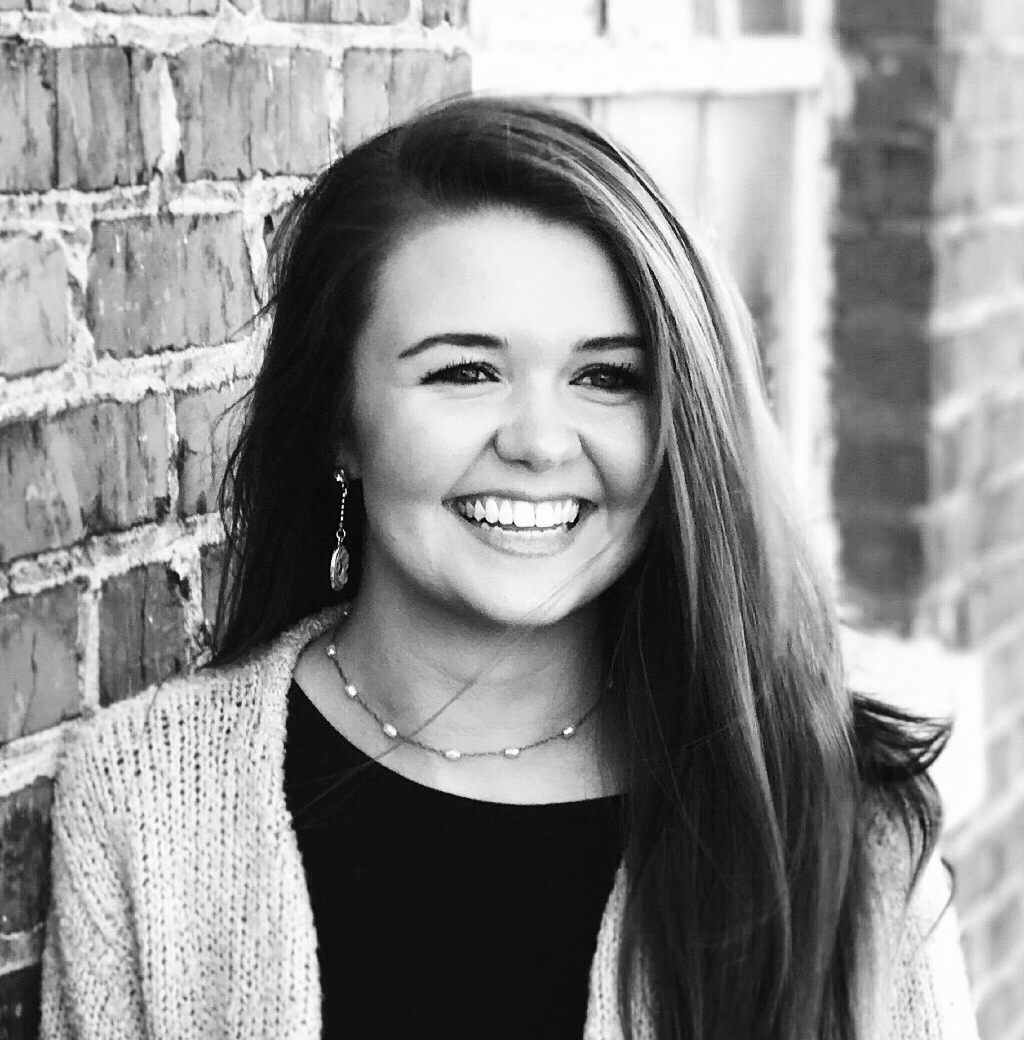 Voice
Originally from Cordele, GA, Courtney is a graduate of Lee University where she received her Bachelor of Arts in Music-Voice, and traveled with the Lee Singers ensemble. Courtney completed college internships at Community Bible Church in Highlands, NC, and at First Assembly of God in Fort Myers. 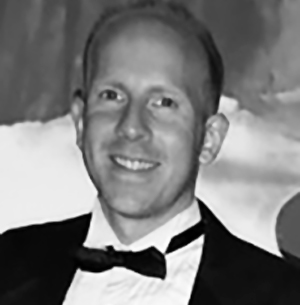 Drums
Nicholas received his Bachelors in Music from Southeastern University in Lakeland, FL, where he studied under Ian Goodman and specialized in jazz drumming. He toured with the Christian group “Mike Burns Band,” and has performed for President Bush and Joyce Meyer, as well as at Disney. 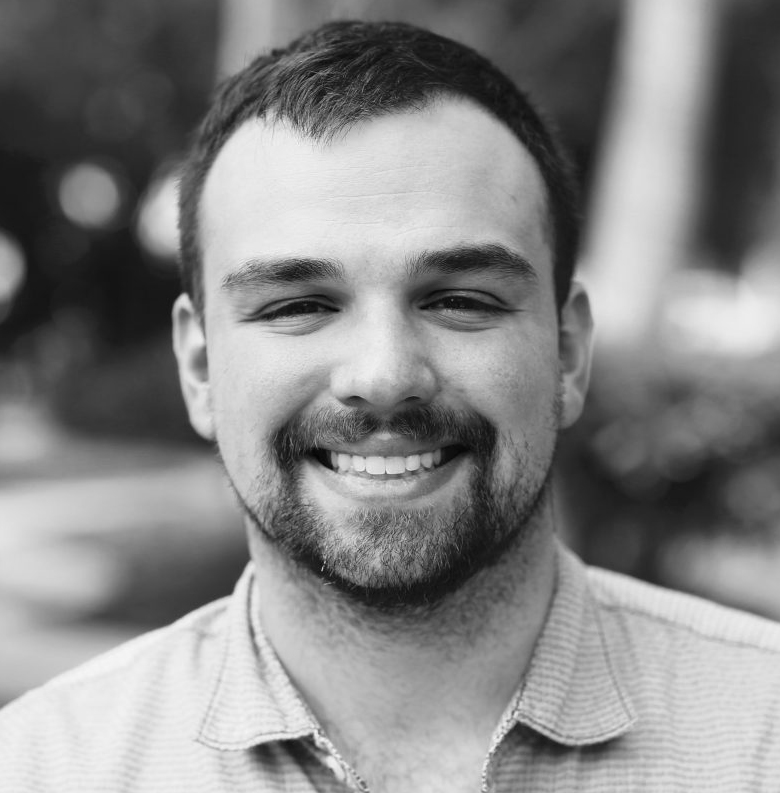 Piano
Steven is the Assistant Minister of Music at First Assembly. He received his Bachelors of Music in Jazz Piano Performance from the Jacobs School of Music on the campus of Indiana University where he studied as a Jacobs Scholar, the most prestigious merit-based honor given by the conservatory. 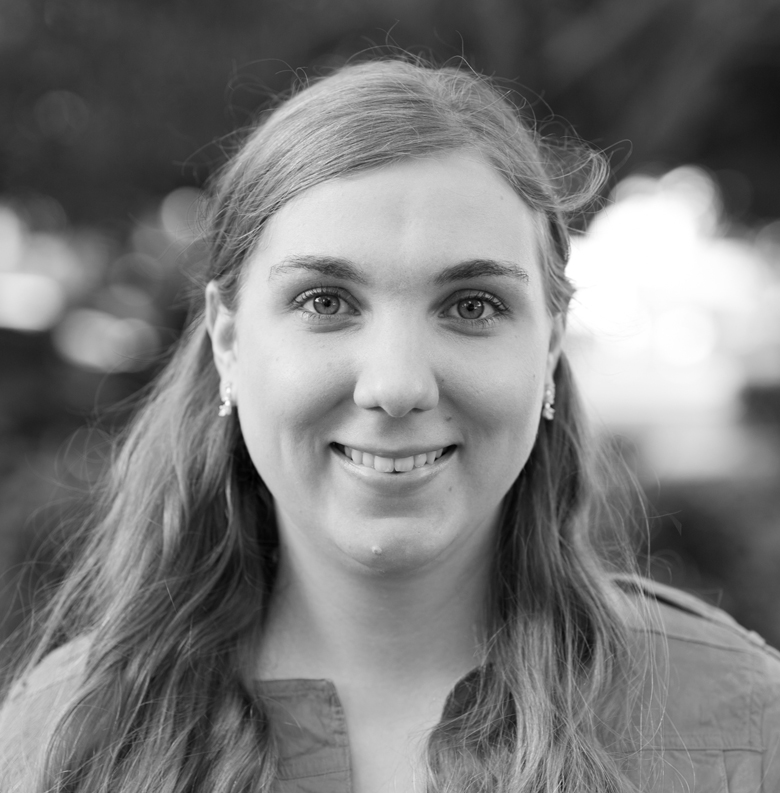 Piano & Violin
Under the instruction of Dr. Poung-ah Tak, Heidi earned a Piano Performance degree from Southeastern. She has performed in a public masterclass for Paul Jacobs (chairman of Julliard’s pipe organ department), and played first violin in the Dayton Philharmonic Youth and Dayton University Orchestras. 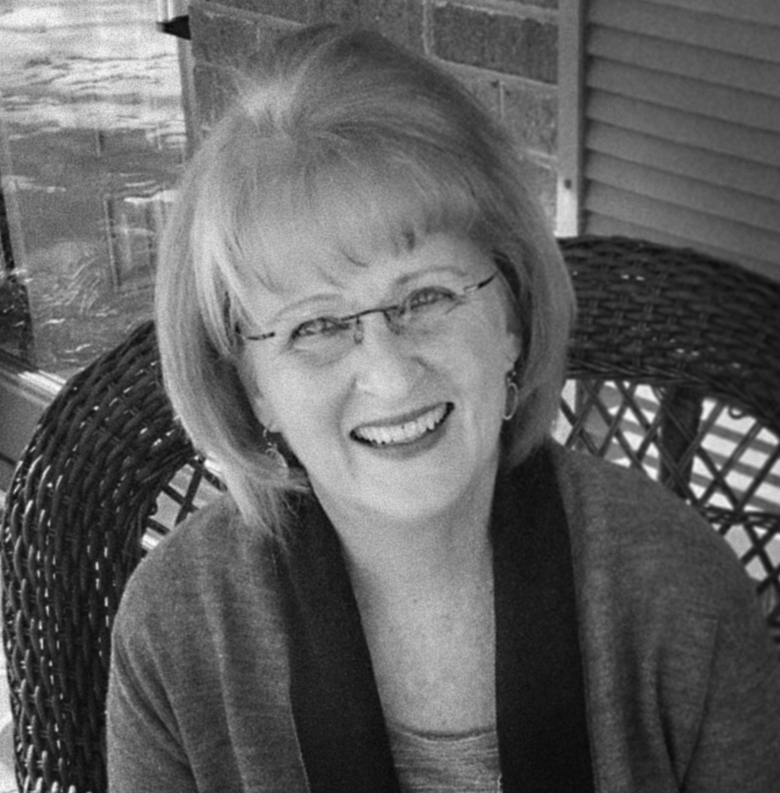 Voice & Piano
Charlotte holds a Bachelor of Science degree in Music Education from Southeastern University and is certified by the Board of Education in the state of Florida. She has taught voice and piano lessons for over 25 years and served as a Music Teacher, and choral director for K-5, middle and high school. 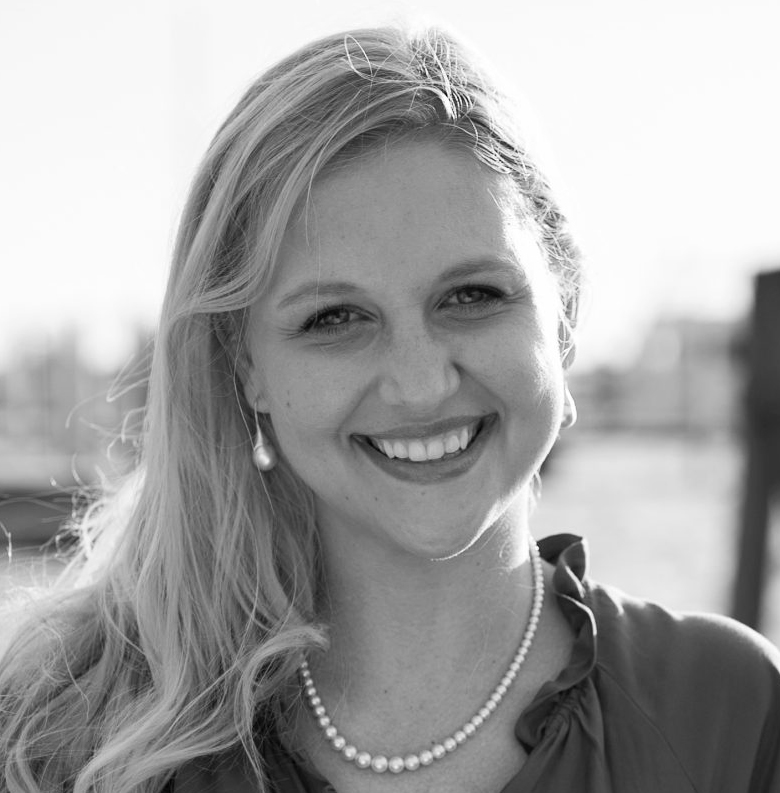 Voice
Allison graduated from Lee University with a minor in vocal performance under the instruction of Dr. Cheryl Brendel, a notable coloratura soprano. She toured the U.S. and abroad singing first soprano for The Voices of Lee, has performed for a Presidential Inauguration, and on America’s Got Talent. 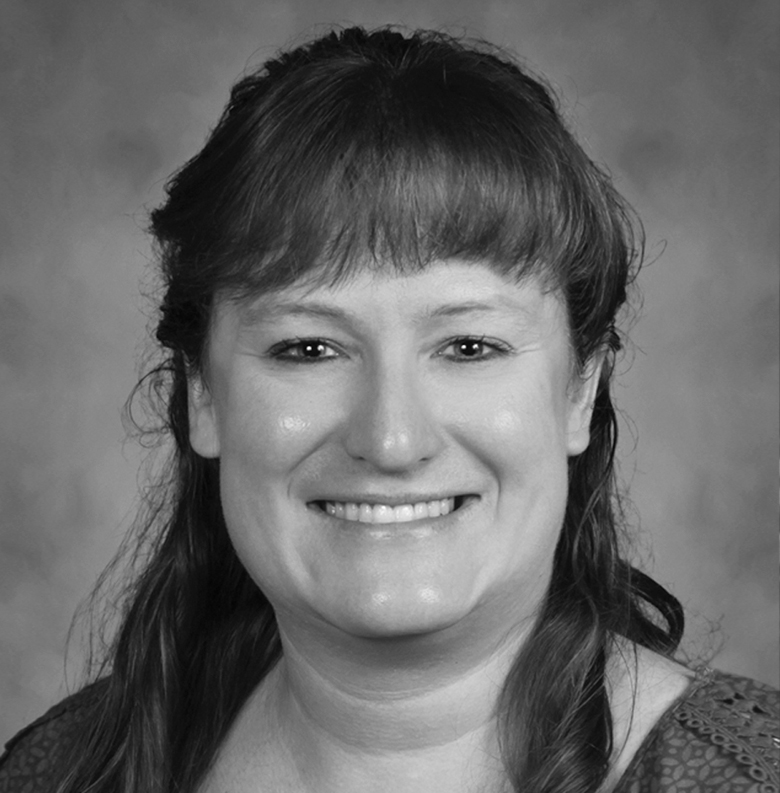 Piano & Brass
Bethany earned degrees in both French horn and Music Education at Baldwin-Wallace University Conservatory of Music in Berea, OH. She also received her Master of Music Education from Florida State. Bethany teaches at FMCS and plays in the French horn section of the Gulf Coast Symphony. 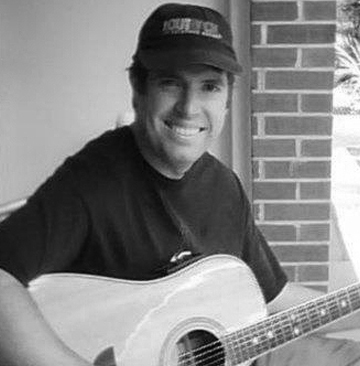 Guitar
James has been teaching guitar, bass guitar and Ukelele in Southwest Florida for 13 years. Notable achievements include receiving a Full-Sail Scholarship. One of his students became a trained Guitar Luthier, and others have recorded albums (such as Luke Yurich, an up and coming artist).

Hear from our parents…

As a parent—and as principal of Fort Myers Christian School—I have been very excited and impressed with the Creative Arts Academy. It has been a blessing to see my daughter’s progress with the guitar and great to see over 30 of our students involved in this program. I would highly recommend that you look into this program for your son or daughter. It is a great investment!

I entered my daughter, Maggie, in piano lessons in the summer… Maggie is mildly autistic, and I needed to find a teacher who would have the patience and skill to work with her. Liz Jarrett was recommended to me by a parent … Since starting piano with no music reading skills and no instrument experience, Maggie’s musical skills have taken off. In fact, we’re fairly certain she has perfect pitch. We’re going to keep her in piano at this time, but there’s a chance we may switch to violin so she can control the pitch of her own instrument. We have Mrs. Liz to thank…!

My 2 children have been students at SWFCCA for a year now and it has been such a blessing to them and to our whole family! Their teachers are providing high quality instruction as well as opportunities to use what they learn in performances and community service. Best of all, they really care about their students! I would recommend this school to anyone who is looking for quality music instruction in a safe and caring Christian environment.

We are so excited to begin our FALL 2019 Semester on Monday, August 19. We have changed our system for managing our enrollment, as well as billing.  It’s going to be much better for everyone, BUT we need ALL students (new and returning) to register in this new system, using the new link for class registration and payments. Thanks in advance for your cooperation.

You’re invited to join us for our Fall Recitals on Friday, December 13th, 2019, at 5:30 and 7:30 PM. The recitals will be held in Colonial Chapel on the campus of First Assembly of God.

This year’s Spring 2020 Semester will begin on Monday, January 13. As before, please use our new system for managing our enrollment, as well as billing.  ALL students (this includes new and returning students) must register using the new system.  Here is the new link for class registration and payments. Thanks in advance! It’s going to be a great semester!
Register for classes
0

The SWFL Creative Arts Academy is a ministry of First Assembly of God, Fort Myers, Florida. Our desire is to train and develop leaders in all areas of the arts. We offer private lessons, for children and adults, designed to meet your learning style and level.